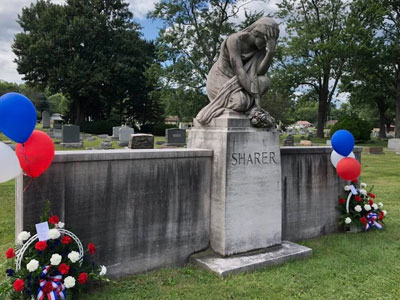 What Happened to the Other Guests?

As we conclude our story of the Great Olive Poisoning of 1919, we return once again to the retelling of the story by William H. Morgan, who later became the President of Morgan Engineering in Alliance, Ohio. He wrote this history of the events in the form of a letter to Harriet Clem, Director of Rodman Public Library, in 1982. It is available online through Alliance Memory, a collection of over 8,000 images and documents about Alliance, Ohio. You can find it here: https://www.alliancememory.org/digital/collection/voices/id/110/rec/3

What of the future of the guests at the Gahris dinner party?

Soon after the loss of her husband, Emily Weybrecht sold their home and moved to Seward, Alaska where she kept house for her bachelor brother, Cal Brosius. She died there some years later. 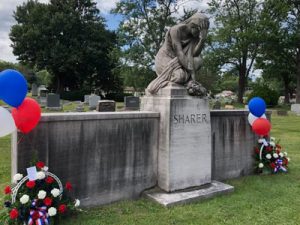 My first cousin, Ann Sharer, now Mrs. Warren C. Flynn, a widow, has lived in St. Louis for many years. We keep in touch. I had a telephone conversation with her several weeks ago.

Lou Brush became very successful in the newspaper business. Not long after, he formed the Brush-Moore chain in association with two of his friends. In addition to The Salem News, which he owned, other papers were purchased including the East Liverpool paper, The Marion Star, and The Canton Repository. Lou died suddenly while attending the Republican National Convention in 1948. Maude Brush continued to live in their home in Salem until her death in the late 1950s. She never lost her engaging personality nor her sense of humor.

Fred Morris later became President and Chairman of the Board of The Morgan Engineering Company. He died in 1948. Ella Morris was probably the last survivor of the Gahris dinner party. She lived until the late 1960s.

Dr. Sanford later remarried and practiced in Alliance during the 1920s. I believe that he died during the 1930s.

Clem, Mary and their daughter Jean Bates moved to California a few years later after the Buckeye Jack plant was closed. I have lost all track of them.

Father [Col. Morgan] died in 1928. Mother [Annette Sharer Morgan] continued to live in our old home until she sold it to the Elks in 1939. She then moved to Cleveland where she lived in the Moreland Courts apartment on Shaver Boulevard until her death in 1960. She never tasted another ripe olive after the Gahris party, nor could I blame her.

Dr. John Phillips died from toxic smoke inhalation during the disastrous fire at the Cleveland Clinic in May 1929.

Yes I eat ripe olives. I believe with modern safeguards the chance of botulism is very remote. Nevertheless outbreaks do occur from time to time. A few years ago botulism was traced to Vichyssoise soup bearing the label of Bon Vivant. The adverse publicity and the following suits put the company out of business.

A few weeks ago bacillus botulinus was found in canned salmon from two Alaskan canneries. Apparently a malfunction of the machinery caused minute holes to be punched in some of the cans.

The lesson to be learned is that although rare, botulism still remains an insidious and deadly killer.

I hope that whoever reads this narrative will gain a knowledge of not only the facts but also of the people involved in the olive poisoning tragedy of 1919.

We hope you have enjoyed reading this account of one of the most tragic events in Alliance’s history. To help us with further projects like this one and to stay informed of our activities, we ask that you consider becoming a member of the Alliance Historical Society. Memberships begin at just $15 per year and can be paid through PayPal or by credit card. Memberships help to fund research projects, protect our archival materials, and maintain the Mabel Hartzell Historical Home.