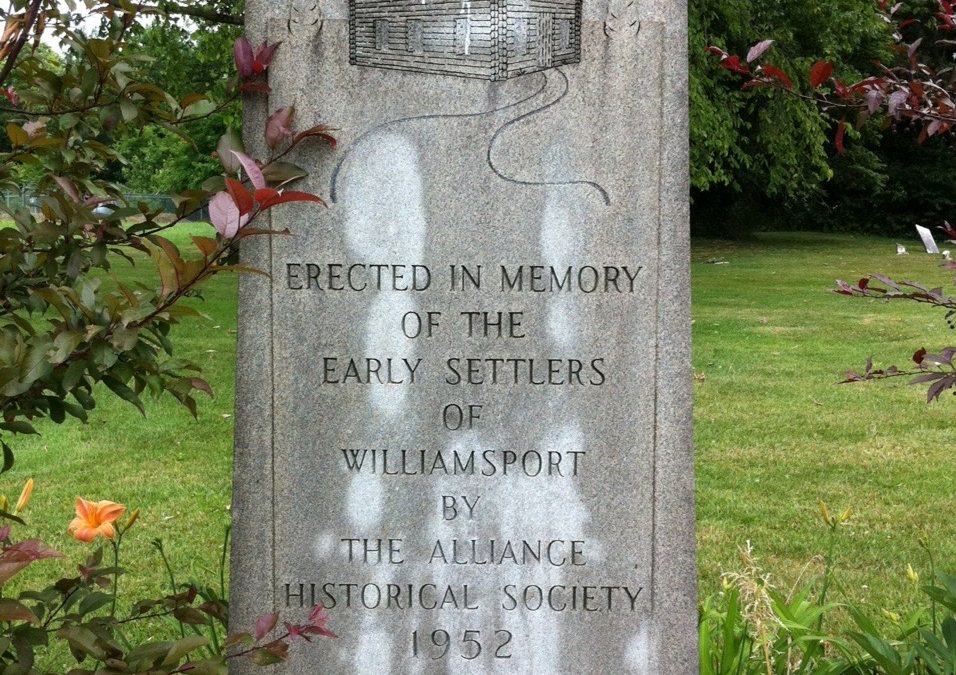 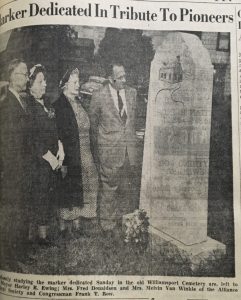 The marker paid tribute to the hardy pioneers who laid the foundations of Alliance in the Village of Williamsport and the men and women who are buried in the first cemetery where the United Brethren Church was built in 1819. The land was donated by William and Martha Teeters, who were among the first settlers in the area. The marker and cemetery can be visited on River Street on the north end of the city. 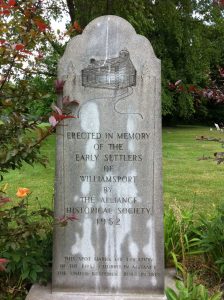 The markers for most of those buried here have decayed over the years with only a few stumps remaining. The gravestone for William and Martha was replaced in 1952, at the same time as the large marker was placed, by the Alliance Historical Society. It reads, in addition to their birth and death dates: To the memory of the two leaders of the Williamsport settlement.

The large memorial includes the names of those that could be deciphered from remaining tombstones in 1940 and includes veterans of the Civil War and John McIntire, who was killed by the collision of trains in Alliance on December 8, 1856.

The village of Williamsport was merged with the villages of Freedom and Liberty to the south in 1854 to form the Village of Alliance. This marker and cemetery are all that remain of this early settlement.