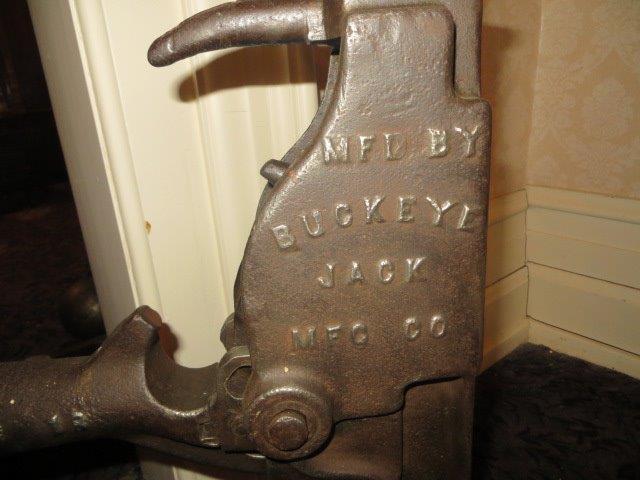 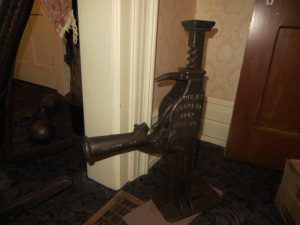 The company was founded in 1904 in Louisville, Ohio, but moved to the Alliance area at the beginning of 1910. Its organizers were from Alliance, including the company’s original president, treasurer, and general manager Ed C. Bates, and associates Frank and Oliver Transue and Frank E. Dussell. Leaving Louisville due to a shortage of labor there, the company relocated to the property of the former Standard Bolt & Manufacturing Company just north of Alliance, in the area known as Bolton. The plant had a large building and was located on Gaskill, adjacent to the Cleveland & Pittsburgh railroad line. A large malleable foundry measuring 120’ x 350’ was added to the property.

Buckeye Jack flourished during WWI, making jacks as well as drill presses and other machinery for the military. After the war, the company’s business declined, and the product lines were not competitive in the industry. President Bates died in 1924 and his two sons Clem and Bernard took over the management of the company.  One of the directors of the company was William H. Purcell, founder and president of the Alliance Machine Company. Mr. Purcell asked his son-in-law, Clarence J. Rodman, a respected and educated scientist, researcher, and engineer, to take over the management of the Buckeye Jack Company in 1926. Dr. Rodman revitalized the company’s product line, redesigning and patenting new jacks as well as tools and equipment for other industries. By 1929, Buckeye Jack was once again a profitable company. Unfortunately, after the crash of 1929, the automobile industry declined, and so did Buckeye Jack. Dr. Rodman resigned in 1932, and in 1933, the company was taken over by a group of local bankers who tried to run the business for a year or so before it closed.