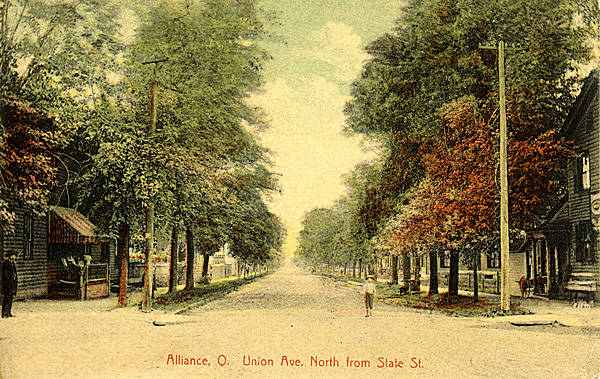 Jobsville was the first community founded in Washington Township at the intersection of Main Street (now State Street) and Mt. Union Avenue (now Union Avenue). The community requested a post office but the name they wanted, Johnsonville, was already in use. Job Johnson was the first postmaster and general store owner so they selected Jobsville. According to Yost Osborne’s book A Select School, a history of Mount Union College, the name was not to the liking of all the settlers. “During one of the discussions held to determine a suitable name, someone had suggested that the name ‘Mount’ would be very fitting, because surveys showed that this locality was among the highest in the state. This suggestion had been greeted with approval. Then someone else had proposed that since all were agreed, the name should be ‘Mount Union.’ And Mount Union the name became.” The village of Mount Union had over 150 inhabitants by 1845 and became part of the City of Alliance in 1889. 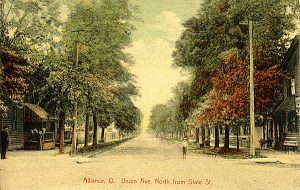